The jobs are a bright light in a desperate economy with up to a million Australians now out of work.

They growth industries include:

Wilson Security is one company advertising a number of full-time and casual workers across the country.

Furthermore, Centrelink identifies fast food, telemarketing, cleaning, and health and pharmacy as areas where workers are in demand.

Recently, both Coles and Woolworths recruited thousands of new workers to run their supermarkets and liquor stores as a result of panic buying.

“We know supermarkets and liquor stores have seen a surge in demand during the lockdown as consumers are limited in their choices of when they can spend their money,” he said.

“We can expect activity in hardware stores to pick up fairly significantly also as people look to make repairs and alterations to their houses and gardens.”

“COLES OFFERING MORE JOBS IN ITS SUPERMARKETS AND LIQUOR STORES” 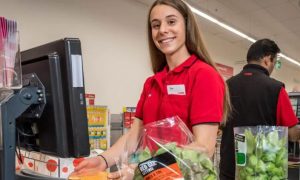 Additionally, Dr Smith says construction jobs are still in demand, despite the pandemic.

“The construction industry continues to operate and has been relatively less affected by the shutdown,” he said.

“So we can expect in the future for activity to increase as the turf is turned on government infrastructure projects.”

Furthermore, the administrative and support services industry also has over 31,000 positions available.

Some good news for workers as Myer rehires 2000 staff

Can you be sacked for refusing to have a COVID-19 vaccination?

The government says the COVID-19 vaccine will be voluntary, so can an employer force an…

Qantas suspended an aircraft cleaner after he warned co-workers about being exposed to coronavirus. SafeWork…